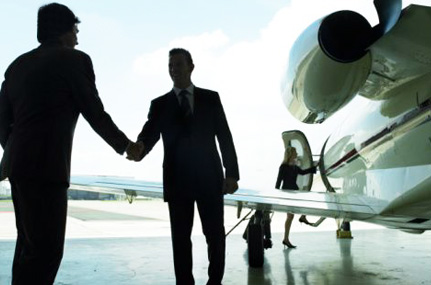 K-Air, an aircraft sales company in India, is pleased to announce the signing of MOU for the acquisition of a Falcon 2000Ex Easy II and a Challenger 605 with two undisclosed corporates. Both the Aircraft are expected to be delivered by Aug 2016.K Air also closed on the sale of a pre-owned 2006 Agusta 119 Helicopter. The helicopter will be based in USA and shall be used for charter operations.

Robin Cherian, Director, K-Air said today’s announcement marks the first sale by K-Air in 2016, taking the tally of sales to 78 aircraft since inception.

“The Agusta 119K was chosen as it was best matching the performance and pricing parameters that were set for this transaction. Though K-Air has cornered 40% of Aircraft transactions in India, we expect a higher percentage of sales across all aircraft segments with the DGCA ironing out many significant roadblocks. We are committed to assisting the interested buyer whether it is a corporate, HNI or an operator in selecting, financing and purchasing the right aircraft,” Robin Cherian concluded.

K-Air is the area sales representative of Kaman Helicopter Inc in India. Follow @k_aircharters on Twitter for the latest news and updates.

K-Air is an Aircraft sales company headquartered in Cochin, Kerala, India. Established in 2005, K-Air is specialised in providing Corporates, analytical, aircraft purchase/sale/lease and turnkey solutions. K Air is the only Indian company to have placed over 78 aircraft through acquisition, management and lease of fixed wing and rotary wing across the world.

It is promoted and managed by a team of stalwarts from the fields of Aviation, Management and Armed Forces. Following the principles of professionalism, integrity and ability to innovate, K- Air has burnt a “4 aircraft sold in 10 months” trail in 2015-16 to lead the way in General and Business Aviation sales in India.

Back to News
: helicopter aircraft for sale
Menu