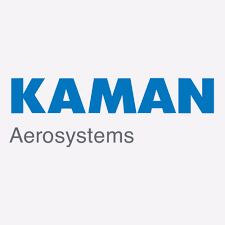 Bloomfield, Conn – (December 6, 2018) — Kaman Aerosystems, a division of the aerospace segment of Kaman Corporation (NYSE:KAMN), announced today that it received its third order in the quarter for the K-MAX® medium-to-heavy lift helicopter. This brings the total number of firm orders since the relaunch of production to eleven units. The most recent order is from Precision Lift, LLC of Baker City, Oregon. This is the second aircraft purchased by Precision Lift in the last twelve months and it will join their fleet of firefighting assets.

“We have many operators that own multiple K-MAX® aircraft and we are excited to welcome Precision Lift to that list. Our operators continue to value the capabilities of the K-MAX® when expanding their fleet size. The interest we have seen for the aircraft provides us confidence as we move forward with Lots II and III, where we plan to produce ten additional units” stated Darlene Smith, VP & GM, Air Vehicles & Maintenance, Repair and Overhaul Division. “The versatility and reliability of our first K-MAX® provided substantial value to our operations when combined with our existing fleet of Air Tractor AT-802 aircraft. Adding a second K-MAX® will significantly expand our offering of cost-effective firefighting assets with unique high-density altitude performance for state agencies and the U.S. Forest Service to combat fires,” stated, David McCarty president and owner of Precision Lift, LLC.

Development of the K-MAX® was led by Kaman founder and former CEO, aviation pioneer Charlie H. Kaman, and received Federal Aviation Administration certification in 1994. The single-engine, single-seat K-MAX® is a rugged low-maintenance aircraft that features a counter-rotating rotor system and is optimized for external load operations and designed specifically for vertical reference flight. The aircraft can lift up to 6,000 pounds (2,722 kg).